…And now for Something Completely Different 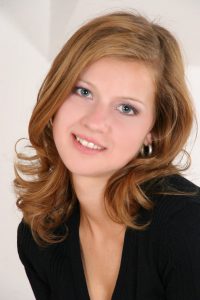 I apologize to my blog fans for not posting recently.

The truth is, recent events in the US have left me… speechless. The very foundations of what America stands for have been rocked to their foundations, and it’s looking increasingly like we are entering a phase in American politics where it’s We The People vs. our President, and sixty percent of the population of the country is basically telling the other forty: “I don’t know how to make you understand that you should care about other people.” –regardless of ethnicity, religion, gender, socio-economic status, ect…

So, here’s me clearing the air: I don’t ascribe to either of the two main political parties, I’m firmly in the Independent camp. My political ideology is a mix of conservative & liberal beliefs, I judge political candidates on their platforms and voting records/accomplishments in office instead of party affiliations. I grew up mainly in staunch Republican states, with many Republican friends and family members–and what’s happening in the US right now sickens me. Resurgent Klansmen & neo-Nazis, skinheads, racists, and white supremacists of all sorts are newly emboldened by a President who has unashamedly advocated violence against those with opposing views, and now dozens are injured, one woman murdered. We’re in the middle of a culture war the likes of which apparently hasn’t been seen since the 60’s & 70’s long before I was born. The Old Guard racists of generations past are radicalizing new ones, including mine.

We cannot repeat the mistakes of the past.

We cannot use fear & distrust of The Other to enable the destruction of the progress we’ve made. Hatred isn’t bred, it’s learned. So is tolerance.  So is the understanding that humans are equal.  So is the belief in equal rights. So is the belief that striving to achieve equality & providing means for individuals to achieve success & happiness through their own efforts are core American values.

To my fellow Americans: we cannot go back, we cannot surrender, and we cannot abdicate our responsibility to ensure the sacrifices and suffering of those who went before us don’t go in vain. America isn’t perfect, but we cannot allow a hateful fringe to go mainstream and infect & tear down our attempts to create a better nation & better world. We cannot let tribal politics divide us to the point that we forget that life, liberty, and the pursuit of happiness are inalienable rights FOR ALL– no matter their skintone or political affiliation. Don’t stand idly by when the rights and liberties of your fellow Americans are being eroded by politicians, fear-mongering, & violence-inciting radicals. Vote, participate, and educate. The world IS changing, but it’s up to all of us to make sure it changes for the better.

Thank you to everyone who’s talked with me over the past couple of weeks.

Sharing your fantasies & helping to build them into a few moments of paradise (or heavenly torment), was a welcome distraction from the fact that I am in mourning for my country, for it’s citizens, and am committed to doing what I can to make sure that the America I know and love is redeemed.